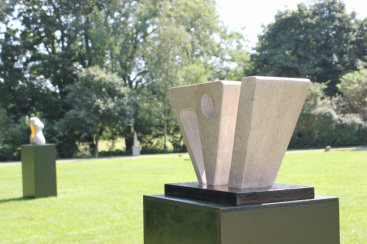 R Marshall was originally a stone carver and letter cutter.

Be regular and orderly in your life, so that you may be violent and original in your work.
Gustave Flaubert

Inspired by Flaubert’s attitude to a more creative life, Robert Marshall’s practice is also bold and diverse and unafraid of failure. Initially a self-taught artist he has now taken his raw talent and passion for art and applied it to the latest research and understanding and gaining a BA first class honours at AUB and MA at the RCA. For Marshall art has always been an investigative and experimental tool into expanding and developing the 'Self' both spiritually and intellectually through an embodied approach between mind and body and environment.  This insight often happens within the process of making a body of work as much as in the outcomes.
​ Although he mainly works as a sculptor dealing in the making and manipulation of objects, as an idea progresses it can often spill over into other mediums such as video, painting, drawing and installation depending on what the visual image demands. Originally a stone carver and letter cutter he now uses a variety of materials and objects including unusual materials such as jelly, Lego, mattresses and cheese to name but a few. Using such a variety of materials has given his work an individual stylistic variability.  However what links all of his work is a process that involves purposeful ‘play’ and an understanding that creativity and originality comes from playing and the bending of rules. As a result of purposeful play, his work tends to incorporate humour, invention, originality and imagination.